I relished the early start - the sound of birdsong, the drive on empty roads, and the touch of cool, fresh air on my face, as the sun slowly eased into view to warm the earth and burn away the morning mist. Feeling light and energy enveloping trees and buildings, I walked on dewy grass past bobbing rabbits ready for a new journey to an alluring destination. Even pulling two tons of aeroplane out of the hangar failed to dampen my excitement and anticipation of a perfect day at work. Once aboard the seven-seat company Cessna, and settled into the cold familiarity of the lifeless cockpit, I flicked switches, turned knobs, and pushed levers with practised confidence, until radios chattered, and navigation equipment hummed, before shattering the peace of the dawn by starting the twin engines. A Captain at the age of twenty-four in my dream job, I was about to set off on one of the best flights of my life as a professional pilot.

Thirty-four years later, I was heading for Nice again, as ever marvelling at the spectacular scenes of sky, clouds, and land from high above the earth, but this time as a passenger on a British Airways Airbus. The Alps had the same snow-capped, immovable, and awesome majesty, eventually giving way to the view of a sparkling sea from a hotel room on the Promenade des Anglais. The next day, a chauffeur-driven car took me to Monaco to meet the director, stars, and crew of the big-budget feature film Grace of Monaco, and to a trailer in the Harbour. Just down the cast list from Nicole Kidman, Tim Roth, and Robert Lindsay was ‘Philip Delancy,’ my professional actor’s name. I was playing the US Secretary of Defense Robert Strange McNamara with one line to deliver - learnt and rehearsed a thousand times. It was to be the best acting job of my life, in a career that promised to be even better than flying. 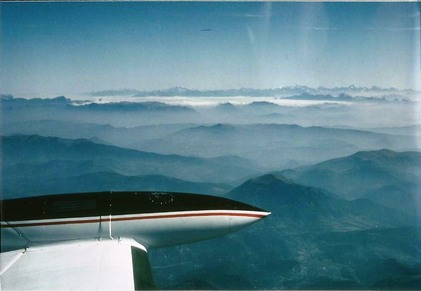 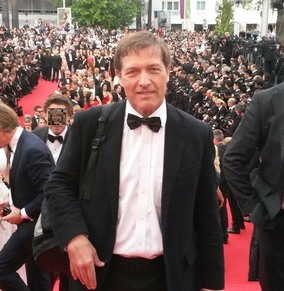