Born in 1954 of English and French parents, Philip was educated at the Haberdashers’ Aske’s School, Elstree.

Trained as an airline pilot by British Airways, he flew for six years before retiring on medical grounds in 1979.

He lives in Windsor, has three children, writes, and

Philip’s trivia include winning BBC’s ‘Crackerjack’ quiz show, appearing on ‘News at Ten’ with Paul and Linda McCartney, and having a 10cm figurine made of him as a Naboo Pilot for 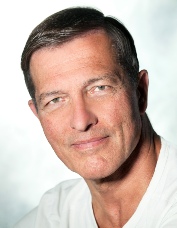